I wanted to drop you guys a note on this extremely memorable day. Can you believe its 15 years already? I have been reading all your stories, which are great I have to say. Some have made me grin, some I have shared with people not on our team and some I just shook my head thinking yep I know what they are talking about. *grins*

So with that said I want to share a few of my memorable moments that stand out to me, I hope some of you can relate.

Back in September 1997 when I first logged into UO, I was in Skara near the bees at the bank, and these bees started talking to me … I swear I logged out of the game after that thinking ‘ok, talking bees are just too weird for me.’ Of course this was back in the day when you could stay hidden and talk to people. My friend talked me into logging back in after that, so I continued on with my quest of building my first character, man I thought it was a badass cause I could kill a troll…*chokes laughing*. Then I ran into my first PK ... not only did he kill me but he killed my husband. I was sooo upset, I had gathered a lot of liquor and backpacks to make money and he got them all!!! To this day I will never forget my first PK’s name MIM. That name stayed written on a monitor for years and years.

The next one was the first time a GM pulled me into a closed in area (not jail) and tells me not to go anywhere. Do you guys remember when the game would drop those awesome vanquishing weapons … the ones that did like 80 points of damage in one hit? Yes I had one!

I was out one day with my lumberjack when I got PK’d again….Please remember we are talking about when if you were red you stayed red. If you were a GM in anything you were good! So after this guy kills my little resource gather I went and got my red, I found the guy and killed him and took my stuff back … then he calls a GM ... I lost my weapon =( Oh well it was a good while it lasted. *laughs*

The last memory that I will share today is the one where it opened the door to where I am at today, a group of us were playing on TC, this was when there was not a set skill ability … you had to make your characters. This was when Devs would come there and get their special groups to help them test things. What I mean by special groups is each dev had a group of players they liked to work with the most … one liked the PK’s, one liked the crafters and one liked the overall players that liked all of it. We all needed to blow off some steam one day, so the two Devs had a bet I think to see whose group was the best. Good guys outside and bad guys hide in a house. Each dev could not interfere but could feed us potions or regs. We all had a blast, and of course my side won cause we rocked! And this is how I was introduced to my beginning with Origin - now EA. I was a Mechanical Engineer working in aerospace. One day I just needed a change and I started working as an external tester back in 1999, I have been with UO ever since. I love the players, I love the game. Everyone I meet amazes me how creative and informed they are. Every day I learn something new and every day I look forward to coming to work. Now that is not something everyone can say!!!

Thank you everyone for helping make Ultima Online the best game unlike any other out there!! *hugs*

Also, some more pieces to the puzzle: 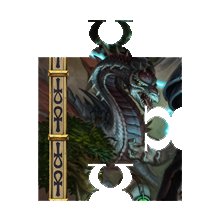 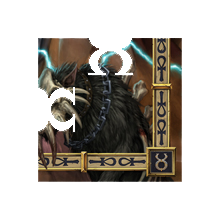 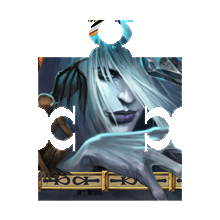 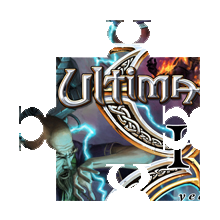