The Oceania shard's contestants remind us that though some moments are full of strife, it's the people with which we share the challenge that make the moment special.

We had three entries from the Oceania shard so all of them are winners!

Most Memorable Moment in UO

In all my time of playing UO, there have been quite a few memorable moments,

It was Chespeake, the shard I first played on; because Oceania didn’t exist yet. I remember installing the game, downloading the patches, and eagerly logging in to see what I bought.

I remember reading the back of the box, and it saying “you can do whatever you want to do in UO – or words to that affect” – and I wanted to steal things.

I spent my first 3 days in UO basically in a grey robe of death, because I couldn’t quite work out how every time I tried to steal something from a person, or a guard I’d end up dead? – I mean the back of the box said I could do it right?

It was a brave new world in my time of gaming, I was young back then, I was on a 56kbps dialup- because anything faster just didn’t exist.

It was 3 days of UO before some kind soul (that I had tried to rob), had finally taught me a little of UO, I honestly can’t remember his name but he was a member of the Chespeake player run town north of Britain. His help enabled me to mine and sell my ingots in order to buy my first tent (which of course was the pauper version of a house back then), I eagerly placed my tent, and got gated back to the bank, where sadly the key was stolen (Irony right?)

I think from that moment, having my keys stolen made me want to learn about the game more, and even though player versus player interaction was hard for me on Chespeake due to latency problems (Until Oceania came along), it made me want to strive to learn the game better.

I must admit I also looked forward to DD’s (Designer Dragon’s) posts on Stratics. So I guess my most memorable moment in UO, is having my first ‘house’ stolen from me (Back when you needed keys) in a fit of Irony after what I had been trying to do to people – Karma right?

My memorable moment was when our player run event group (Fox-Emporium Events) ran a ‘Survivor’ competition over 4 weeks in April 2006.

The event was open to all players on the shard. We had approximately 30 players attend and they met in our Luna HQ. They were told they would be participating in a ‘best of three competition’ to determine the twelve contestants who would form two opposing ‘survivor’ teams to compete over the following three weeks.

The first selection event was called ‘Click go the Shears’. 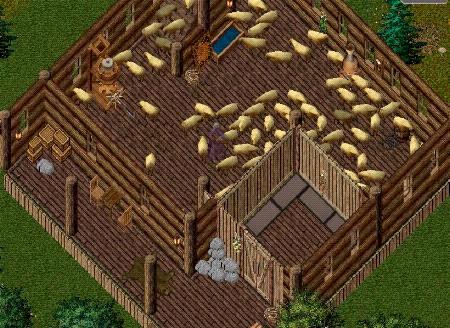 We built a woolshed and had our tamers taming sheep and transporting them to the woolshed all day prior to the start. We ended up with over 500 sheep in our shed.

Competitors were issued with a dagger and gated to the woolshed. Outside they were given instructions, they should stand at the woolshed steps, we would ‘open’ the doors and they would run in to the teleporter’s in the entrance chamber. They were to shear as many sheep as they could, and then ‘pen’ themselves in the sheep pens on the roof to await the wool count. 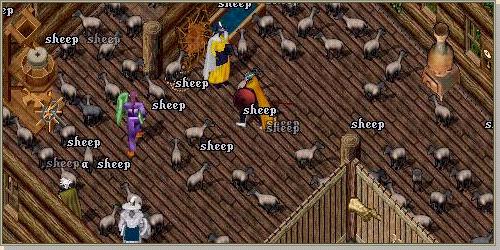 It was absolute chaos once they all got in and all started running like mad to shear the sheep. The smarter players ran to the second and third floors first so that they had less competition to get to the sheep. Watching the shearing proved to be highly amusing! 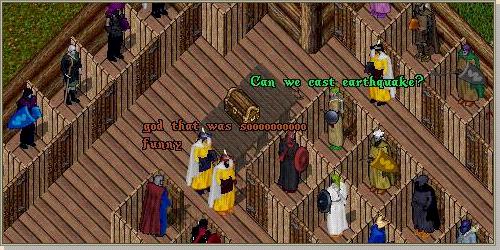 Once all players were penned the wool count began. Players were listed from highest to lowest on their wool collection.

Players were gated to another venue. Here we had built a ‘mushroom’ cave, consisting of various types of mushrooms, varying from single mushrooms to stacks of ten. 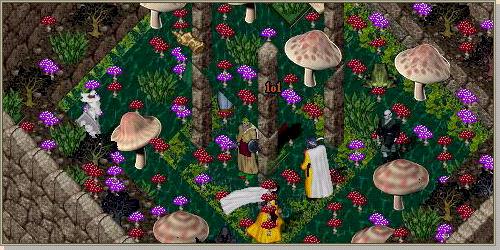 The competitors had to ‘count’ how many mushrooms were in the cave, note their answer in a book and hand it to one of the Fox organizers. The answers were ‘ranked’ from closest to the actual amount to the lowest and were given points accordingly. This was ‘hard’ as with so many people running around counting was challenging!   The third selection event was called ‘Brenna Says’. 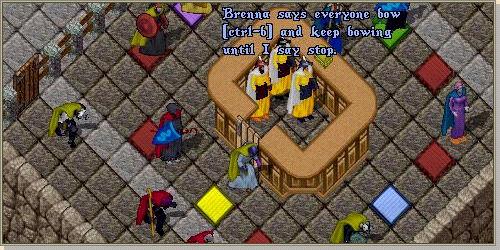 As with all games of ‘Simon says’, players had to follow Brenna’s instructions or be ejected from the house. Once ejected they could return to cheer on the others! The order of ejection determined the overall point scores for the competitors.

Competitor’s scores for the three events were then combined and ranked. The top two scorers became ‘team captains’ and were issued a robe. The next ten top scorers were announced, and the team captains ‘picked’ from them (in turn) to form two teams of six. This formed our teams for the next 3 weeks of events! 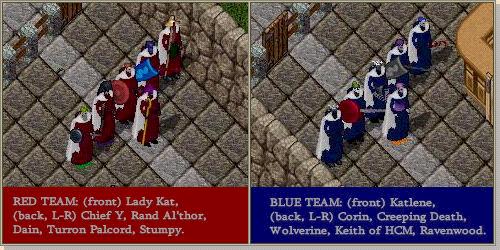 This first day of ‘Survivor’ selection was especially fantastic, and is a day I will always remember!

Lady Kat leader of the ‘red’ team went on to ‘win’ the series, became Oceania’s first Sole Survivor and was awarded the $5 million dollar prize!

Rushing home after a long day of work, I came home and cracked open a can of soda. I sat down with my laptop resting on my legs and decided to log onto Ultima. Excited to log on and play on my newly finished tamer, I noticed something fishy. Where were they?! I quickly shut my client and reopened it, hoping it would refresh. My fingers smashed across the keyboard as I entered my password as fast as I could, only to realize nothing changed! Panicked, I made sure I was on the right shard and behold It was still Oceania. Shocked, I started to scramble around and message everyone to see if they knew if anyone was on my account. I got a message back and said someone had gotten into my account and deleted everything. Frustrated and disappointed as to why someone would ever do that, I shrugged it off and said I’m just going to quit, it was too much work building everything back up. Once I told people I was quitting everyone rushed to help me, told me they’d buy me anything I needed to get me up and ready once again.

Moping around Luna with my gimpy minimum skill character, made me more upset. At this point, I probably couldn’t even kill a mongbat. I moped my way to the Moonglow woods to start taming some cows for days on end, trying to give it one last effort. I see my friend running up to me shouting my name like a maniac. I turned to face him as he gleefully handed me an advanced character token. Shocked, I took and ate it, boosting my skills. I was surprised as how generous everyone was being when they had no obligations to do anything. My friends really stuck their neck out for me and were there for me when I needed them most. It showed me that there really were people who cared enough about you and enjoyed playing with you that they would do anything to keep you around. The amount of money people spent trying to help me buy back powerscrolls and gear was phenomenal.

I had always experienced the people who when you say you’re going to quit, they ask you for all your items. Making true friends who, instead of wanting your things and watching you walk away, would try to help and keep you. These friendships are with people can care just as much about you and your wellbeing as those you have real life relationships with. These are also the people that keep the UO community alive and help make this game as enjoyable as it is. It taught me that the friendships you make inside of game are just as strong as ones you have outside game.