However the Matriarch is not too willing to talk to those she doesn’t know, so if you do not hold her friendship you will have to offer her a small gift in order to talk to her.

Luckily the Matriarch has a weak spot for plant seeds. Give her one and she will offer you a chance to gain the friendship of the entire Solen Hive. 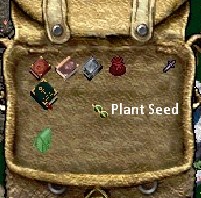 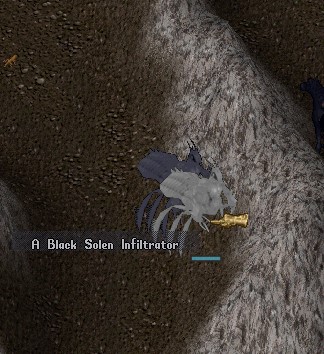 To find the Solen Infiltrators, there are three places you can go. The entrance to Wind, the southeastern part of the Trinsic Jungle and the Windemere Woods northeast of Vesper. At those places you can find both Solen Infiltrator Warriors and Queens, both kinds will count, so just kill seven of them. While you are killing the infiltrators you might as well collect some Zoogi Fungus from the corpses, so you have something for the Matriarch to convert when you’re done.

Once you’ve killed seven of the infiltrators you should go find 8 gallons of water to replenish the water supply with, a normal glass pitcher holds about a gallon, so you’ll need 8 of those. Pitchers of water can be bought from most Innkeepers if you don’t know anywhere else to get them. Now return to talk to the Matriarch and she will tell you what to do with the water, pour it all into the large vats in the southern part of the lair. 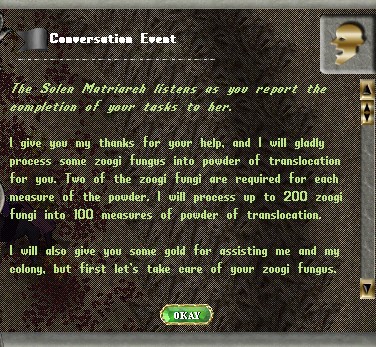 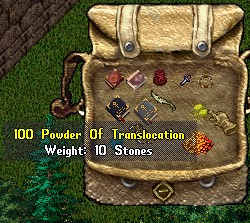